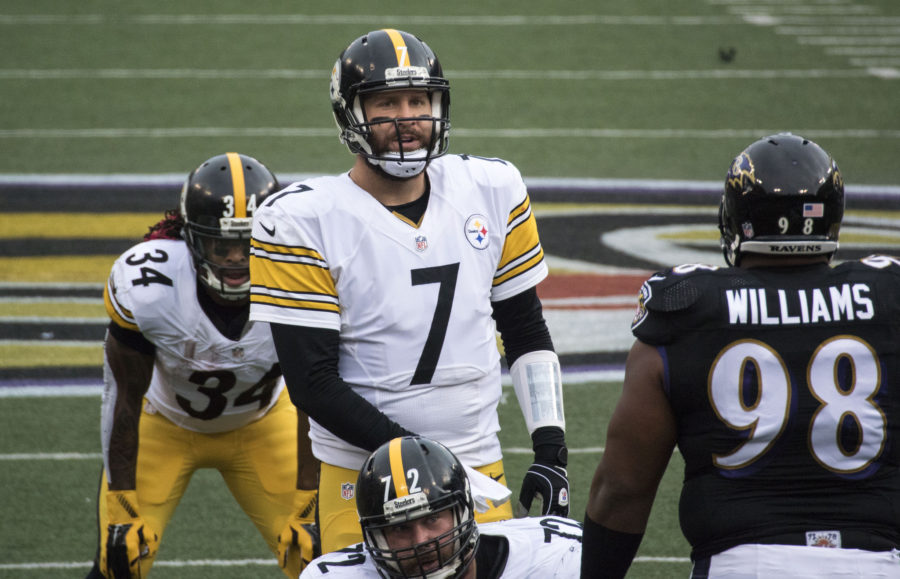 Yes, I know Ben is 37 years old and he’s taken a beating over the years. That being said, last season he threw for 5,129 yards 34 TD and 16 INT on 675 pass attempts. He is no spring chicken, but he can still compete at a high level, especially with the young talent he has around him. Roethlisberger’s 34 touchdown passes in 2018 is the most he has ever had in his career and only the third time he has had over 30 (his 675 pass attempts may have something to do with his high TD total).

James Conner made Pittsburgh fans forget all about Le’Veon Bell last season with 973 yards on 215 carries (4.5 avg) and 12 touchdowns on the ground. He also had 497 yards receiving and 1 rec TD. That’s only 158 yards less than Le’Veon Bell had in 2017 on 30 less receptions. Juju Smith-Schuster also balled out last season and lead the Steelers in receiving with 1,426 yards on 111 receptions and added 7 TD. It was the first time in 8 years that Antonio Brown was not the leading receiver as he recorded 1,297 yards and an NFL best 15 TD.

I still think that Juju Smith-Schuster can still be effective, having most of the attention on himself now without Antonio Brown on the field. He is a tremendous route runner who plays to his size and uses his frame to shield defenders from contested catches. It pains me to say this, considering I’m a diehard Browns fan, but I really enjoy watching Smith-Schuster and Connor play. Both of them are still on their rookie deals and so neither is worried about how much money they are making or letting their egos get in the way of their play on the field. Both Juju and Conner are playing for the love of the game.

Juju Smith-Schuster and James Connor are not the only weapons that Roethlisberger has at his disposal. Last season, when James Conner went down with an ankle injury and missed three games, Jaylen Samuels showed his ability to play at a high level by posting 256 yards on the ground on 56 carries and adding another 200 yards receiving with 3 TDs. The Steelers also added Donte Moncrief in free agency who has shown the ability in his career to be a productive red zone threat, when healthy. Pittsburgh also added WR Diontae Johnson from Toledo and RB Benny Snell from Kentucky in the third and fourth rounds of the 2019 NFL Draft.

Again, it kills me to compliment the Steelers as a Browns fan, but it’s true, Big Ben man has been torturing me twice a year for the last 16 years. Overall, Roethlisberger still has some solid (though perhaps unproven) weapons that can help him put up solid fantasy numbers and help the Steelers contend for the division. Steelers’ fans have a lot to look forward to this season as the offense could be just as scary as it’s always been.

Get our Articles In Your Inbox!